On June 19, 1950, the following members of the Berlin-Ivor Community met in the Ivor Town Hall to organize a fire Department.

This group of charter members elected the following officers to serve the fire department.

John Faircloth, Jr., Leroy Bracey, Marvin Pulley, Charlie Ramsey, and L. H. Babb were appointed to serve as the Finance Committee. Motion was moved and seconded that officers of the fire department bring a slate of names to the next meeting naming  a Fire Chief and Assistant Fire Chief for the groups consideration. Motion made and seconded that President call the next meeting. At this point our first meeting of an organized Fire Department was adjourned. (These were the actual minutes of the first meeting)

On August 17, 1950, Fred Ashby was chosen Fire Chief and J. E. Clarke, Sr. was chosen Assistant Fire Chief. The task of raising funds, finding a building, obtaining needed equipment and developing By-laws was underway. It was moved and seconded that the official name of the newly formed fire department would be the IVOR VOLUNTEER FIRE DEPARTMENT. 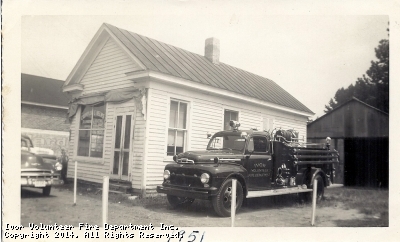 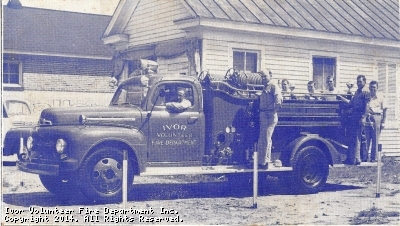 In 1951, the department purchased their first engine from Oren Roanoke Corp. in Roanoke, VA. This engine was a 1951 Ford with a 500 gallon tank and a 250 gpm pump and was housed in a garage behind the old Kitchen Service Station on Main Street until a building could be built. 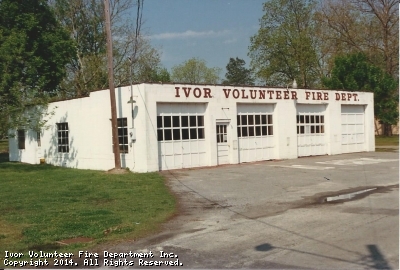 The department moved in their first building on Railroad Ave in 1952. The two bays on the right were the original building. In 1958, members added two more bays, a kitchen and a large meeting room. 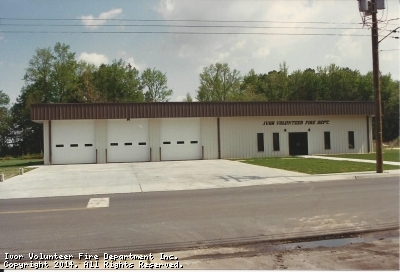 Our present station was built in 1987.  The department officially moved in on our meeting night, December 9, 1987

To preserve and protect the lives and property of the residents and visitors of our community, as well as our surrounding communities.

This site has been viewed 60,992 times.
News
Events
Pictures
Apparatus
Maintained by the members and staff of Ivor Volunteer Fire Department Inc.. Designated trademarks and brands are the property of their respective owners. Copyright © 2006-2022. YourFirstDue Inc. All Rights Reserved. Content on this web site is supplied by Ivor Volunteer Fire Department Inc.. YourFirstDue Inc. cannot be held responsible or liable for any content, text, pictures, or any other media found on this web site.
Management login
Powered by